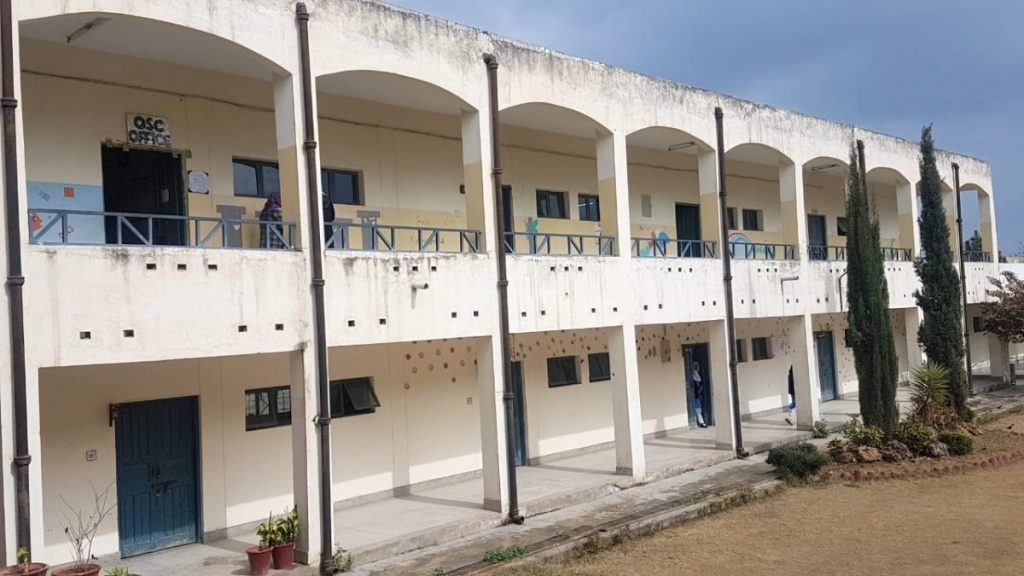 Islamabad — “I wanted to become a doctor when I grew up, but I know it’s not possible,” said Humera Mukhtar, a house help in Islamabad.

Humera is 16, and one of six siblings who all work as domestic help in the capital. Humera left school after she passed grade six.

According to the Pakistan Education Statistics 2016-17 report, 44% of the 51.5 million Pakistani children between the ages of five and 16 are out of school.

The number of out-of-school children — 22.84 million — has increased slightly from 2015-16 when it was 22.63 million. This is despite the constitutional guarantee for free and compulsory education.

Islamabad has the lowest out-of-school children population in the country, according to a news report. But even this number runs in the thousands.

The Federal Directorate of Education (FDE) in Islamabad has estimated that around 30,000 children in the capital are out of schools. The directorate suggests that nearly 11,000 of these out-of-school children have been identified.

“Our team knocked at every household in every union council and gave them forms to fill,” said Saadia Adnan, the Director Training at FDE while speaking with Media for Transparency. “Now we have been able to convince the parents of 11,000 children and will be enrolling them into school by the next term.”

The process took over three months and the department is now analysing the data it collected through the survey forms.

“I do not think I can tell you exactly what our findings are,” Ali Ahmad Kharal, the Director General of FDE, said. “When the report is published you can read through it.”

Ms. Adnan explained that the department will analyse the data according to sex, age, and other demographic indicators.

“We will further identify which government schools have space to accommodate and engage NGOs which can help with the education of these students,” she said.

One of the NGOs working in the capital city for education is iFeel (International Foundation for Education, Empowerment and Learning), which was part of the consultation process of the FDE survey.

The non-profit started with informal classes in the Mehrabadi slum in Islamabad in 2008. It has since grown its set-up into an Out of School Children School (OSC) that works all over the city and its suburbs with 14 centers, seven of which are located within government schools and the rest in private institutions.

“Our main aim is to teach students who are over age and help them transition into the normal government school system,” Saima Sayyed, Joint Secretary at iFeel, said.

OSC only enrolls students who are between seven and 19 years of age. The school, which offers primary education, currently has over a thousand children enrolled.

AYESHA KHAN (RIGHT) TEACHES A GRADE ONE CLASS AT THE SCHOOL RUN BY THE IFEEL NON-PROFIT ORGANISATION. PHOTO: ANNAM LODHI

Ms. Sayyed recalled that it was not easy to establish the school.

“Parents wanted their children to study but they would always ask ‘Will they be able to earn enough after studying or what will be the end product?’,” she said.

She said parents have realised with time that education is not only important but makes the children better citizens.

Khadija Yousuf, an 11-year-old Kindergarten student at the OSC, said she wants to become a flying officer one day.

“When I go home I change, help mama with the food and house work, do my homework and sleep,” she said.

The students at OSC face a number of issues that can prevent them from studying further.

“Poverty is a major reason which prevents them attaining even basic education,” Ms. Sayyed said.

She said parents do want to send their children and even though education is free, just the cost of uniforms, books, and commute are enough for them not to attend school.

Ayesha Khan, a grade one teacher at OSC, said she believes these and other out-of-school children have tremendous potential which can be explored if their parents support them.

“It is only because of financial constraints that their parents want them to work and leave studies,” she said. “They shouldn’t be made to work.”

Shafqat Mehmood, the federal minister for education and professional training, has promised that the government plans to enroll about 25 million out-of-school children.

Originally published in Media for Transparency