Who hasn’t dreamt of being famous when they were in their teens?

This singer is just 15 years old but knows exactly what she wants from life, “I started singing when I was about three years old and the only dream I ever remember dreaming of, is to learn, produce music and sing,” Yasrah Haseeb told Pakistan Today.

Having mastered the keyboard and trained from a very young age in western and eastern music, Yasrah, who looks like an innocent teenager but defiantly does not hum like one. With immense maturity in her voice, composed singing style and her beautiful velvety flow, this girl is ready to go places.

With three guitarists, a drummer, a keyboard, a cello, two backing vocals and Yasrah on the piano and main vocals, the song compared to any western production wouldn’t fall short.

Lyrically the song, ‘Forever’, revolves around a girl who has broken down as her boyfriend goes off with someone else. In the song the girl explains her story, how she felt when the guy left her but more importantly how she is stronger than the ground, has totally moved on and ready to face life.

Yasrah who herself penned the song when she was 11 years old, explains the root meaning, “Time never stops, and people go away distance increases. It’s all part of life and we are helpless. The song is about being alone and sad, about all the scars and wounds of life and how to move on. It is about life and its perks”.

“No, it is not related to any personal experience,” she clarifies in a fit of laughter.

Talking about her experience in NB, she felt that Zulfiqar Jabbar Khan’s (Xulfi) has helped her grow by treating her as an artist and not like a child, “I am an introvert but Xulfi knew exactly what to do. He didn’t exactly change anything by himself, this being my song he always valued my opinion in the variations,” she said.

Her journey to NB is an amusing one; further flaunting her determination towards music. Yasrah grabbed Xulfi’s number through someone and started pressuring him to call her for an audition.

“I got his number two years ago. I texted, called, messaged him repeatedly until one fine day he called back and said we will call you for an audition,” her eyes twinkled as she narrated the event.

“She was very consistent in her efforts. I had seen her demo videos and was sure that I’ve to audition her in person,” laughed off, Xulfi while talking to Pakistan Today.

Yasrah had little hope for being called. True to the word, she was called for an audition.

Even though she had been part of many stage performances and competitions, the audition was nerve wrecking, “I was shaking; everyone was so old, from universities!” she exclaimed.

Though Yasrah is mostly interested in singing English songs, at the audition she sung ‘If I were a boy’ by Beyonce and ‘Man Kunto Mola’ by Nusrat Fateh Ali Khan, “Thanks to my dad who always said that learning classical music would be beneficial for my singing, I could impress Xulfi,” she sighed.

Xulfi too recalls that her audition was in fact, very unique, “She started off singing a few classical songs. I thought this girl possesses immense talent, especially when you consider she was playing the piano while singing. I got really emotional”. 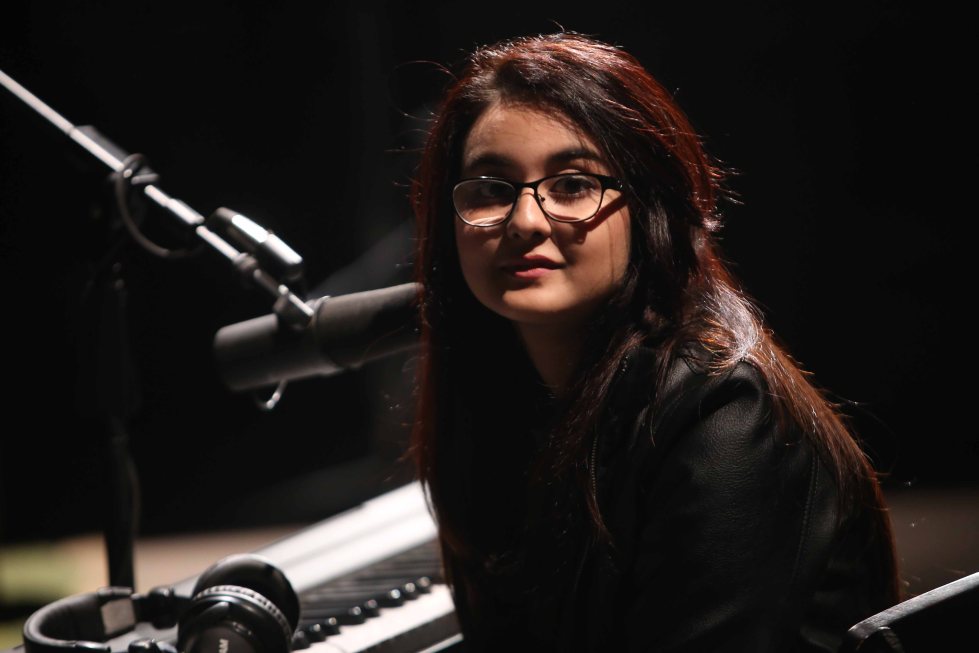 But that wasn’t all, Xulfi wanted more and he asked her to sign an original, she hesitantly said yes, “I then sang the song ‘Forever’ and shockingly, Xulfi had tears in his eyes,” says Yasrah.

“I was speechless,” says Xulfi, “with teary eyes; I asked why would she hide such a beautiful melody from me?”

That was about it, for Yasrah and Xulfi, he instantly said yes and her original was selected with some adjustments and a little production the song was ready to be shot.

With the phenomenal response, fame hasn’t struck her yet, “Everyone has loved it until now and I hope it gets better. But being famous was not my aim. I just wanted people to know that there are people in Pakistan who can make good music. It is just the beginning, with support and love I want to produce quality music. Otherwise, who doesn’t like being famous? ”

This isn’t the first time he has produced a teenager but is all praise for Yasrah, “She is very mature for her age, the way she sings understands music and how she wants to pursue it! Especially her parent’s support is heartening to see,” claims Xulfi.

Her dad has been her support beam since day one, motivating her to sing both eastern and western music as well as learn different musical instruments, “My dad wanted to be a singer, things didn’t turn out so well for him. He doesn’t want his children to go through the same,” she emphasises.

Claiming that it is indeed tough for her to study with her keyboard in front of her all the time, Yasrah is currently in her O Levels and hopes to study music further, “Berklee is the goal!.”

You said it girl! We wish you well.

If you do not believe us, listen to ‘Forever’ yourself: