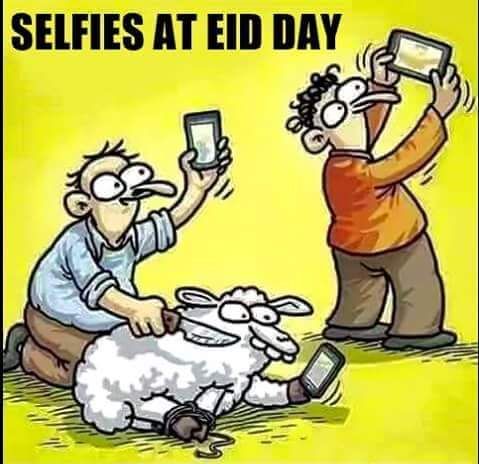 This is a piece of Satire

Islamabad/Riyadh/Baghdad/Aligarh: The winner of the #SelfieWithGoMata was announced recently in India, which has enraged Muslims across the world. The campaign was initiated by the ‘Go Seva Parivar’ organisation inviting people to post selfies with cows along with the hashtag #SelfieWithGoMata on social media for the whole month of November.

The Kolkata-based organisation ran the campaign to protect cows, as they are thought of as sacred creatures.

This has enraged Pakistani maulvis and Muslim clergymen all over the world. “Wallahi, even for us all the animals are sacred, unlike them, we do not discriminate,” a Saudi cleric told Khabaristan Times.

Another Pakistani Maulvi told Khabaristan Times that the Indians are just posers. “They also want to have the delicious cow meat like the entire world, and tell me where the meat is safer than inside one’s stomach?”

Apart from the whole debate, Muslim Ummah argues that they have been taking selfies with all sorts of animals before they slaughter them on Eid-ul-Adha since forever. “Habibi, we took selfies with cows, camels, goats, sheep and even chicken even before selfie was a word,” an Arab Muslim told Khabaristan Times.

“These Hindus think they are so bright coming up with new ideas, this was always a Muslim practice, astaghfirullah, we will succeed” an old Indian Muslim man from UP, who had participated in the Pakistan movement, confided in Khabaristan Times.